We are very pleased to welcome two outstanding global leaders as headlining speakers. 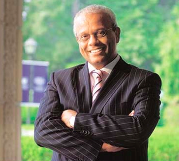 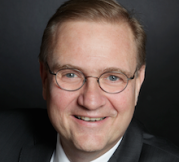 Dr Michael Hastings: LORD HASTINGS of SCARISBRICK CBE is a recognized global leader for corporate social responsibility, both during his tenure at KPMG and previously at the BBC. He has been an active participant in the World Economic Forum, including as leader of the WEF Agenda Council – The Future of Civil Society. He is Chairman of Millennium Promise UK and is a member of the global Millennium Promise Board. He has been honored by Her Majesty The Queen of England with an independent peerage to the House of Lords. The University of Kent awarded him a Doctorate in Civil Law in recognition of the work he has led on international development and corporate responsibility. He serves a President of ZANE, a development agency focused on Zimbabwe.

Richard Dictus took position as Executive Coordinator of United Nations Volunteers in 2013, bringing over 25 years of experience, in increasingly responsible positions, with various agencies in the United Nations system. He has served in Malawi, Yemen, Sudan, Lesotho, Bangladesh, Pakistan, Fiji and UNDP Headquarters in New York. He leads over 7,300 UN Volunteers who work at the forefront of peace and development in some of the most difficult working environments in the world and more than 150 professionals who support their work in 86 field offices worldwide. Through his leadership, UNV is playing a major role in ensuring the recognition of volunteering as a strategic asset to achieve the Sustainable Development Goals. He is actively building strong volunteer-based partnerships with the private sector.