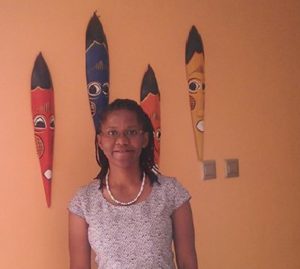 Agnetta Nyalita has been an active member of IAVE since 2009 and previously served as the female Youth representative for IAVE’s board of directors from 2014-2016. She is the Director of Volunteerism Programs at the County Government in Kenya. She is also am the founder of Partnership for growth Foundation (PFGF) which works in rural Kenya to address livelihoods and education challenges with one of the key achievements being the setting up of rural community library. As a founder of the Itaava Development Youth Group (IDYG) there has been promotion of community service, international exchange programs, responsible leadership and cohesion amongst young vulnerable people.

Agnetta previously served as the Social Enterprise Manager at the Kenya Girl Guide Association (KGGA) and an advisor on CSR Enterprise Management and Youth Development.  She was also the Programs Coordinator at the National Volunteer Network Trust (NAVNET), National Coordinator of the Volunteer Involving Organizations (VIO) Network. Agnetta was awarded the Kianda Foundation Social Transformation Award in 2011. 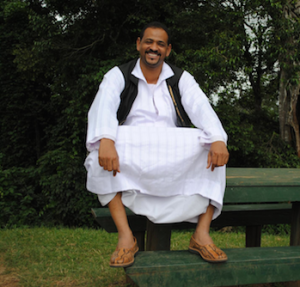 First appointed in August 2012, Osama has been an active national representative for Sudan, effectively increasing membership and encouraging participation of Sudanese members in IAVE’s conferences. Thanks to Osama’s efforts these past few years, Sudan has the largest number of memberships in the Arab Nations region, spanning from all regions of Sudan.

Osama has been working with the Sudanese Red Crescent since 2007 and currently serves as the Assistance Coordinator for National Community Health Volunteer Program. He is responsible for managing the program in over 11 states.

Yoonae Park has been an active member of IAVE, serving as Korea’s national representative to IAVE from 2009 to 2012. She has been serving as IAVE’s Asia-Pacific Regional Representative since 2012.

She has more than 20 years of experience in the volunteer sector, working as a manager, researcher, and consultant. Yoonae served as Secretary General of Volunteer21 in Korea for 5 years. She is currently the president of Volunteering Connected, an association of volunteer managers in Korea. She previously served as CEO of Seoul Volunteer Center (SVC).

Yoonae was one of the main researchers who produced “Volunteering & Giving in Korea”, a comprehensive report on volunteering in Korea. She has taught volunteerism and volunteer management at Kyung Hee University and Catholic University. 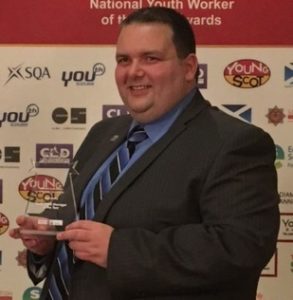 Mark has been actively involved in the work of IAVE and supported the development of a number of youth volunteer initiatives over his time in the board and beyond. He served on the board of IAVE from 2006-2013 and was on the Executive Committee of the board for 2 years.

Mark currently works for Dumfries & Galloway Council where he is head of the youth and community services which includes supporting European Wide training and development programmes with ERASMUS. He was also involved in the development of the Millennium Volunteer Awards which was a national youth volunteering programme for the UK. Mark was involved in a range of national volunteering working groups and represented Scotland at the World Volunteer Youth Summit held in Tokyo.  He also worked for the London 2012 Olympics where he was responsible for over 800 volunteers and has worked in local & regional government in Scotland for over 15 years.

Mark received the award of Scottish Youth Work Manager of the Year in 2015 for his work with supporting young people and volunteering and has been awarded many other national awards for his work. 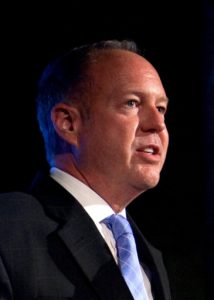 Jeff Hoffman has been an active member of IAVE for over 20 years. Through him, Disney became IAVE’s first corporate member and one of the core group of companies that formed the Global Corporate Volunteer Council.

Jeff Hoffman has a distinguished history working with corporations, non-profits, civic and government agencies on strategic direction and innovative programs. He leads Jeff Hoffman & Associates, a global corporate citizenship, philanthropy and civic engagement firm that enables businesses, organizations and individuals re-imagine a world full of hope, promise and opportunity while strengthening their own enterprise. He also serves as Program Director for the Global CSR & Philanthropy Council and Corporate Social Responsibility Council of The Conference Board.

Working at The Walt Disney Company for 31 years, Jeff most recently served as Vice President of Disney Worldwide Outreach. In this role, he had global responsibility for Disney’s philanthropy, community relations and cause marketing activities including its award winning employee volunteer program, Disney VoluntEARS. 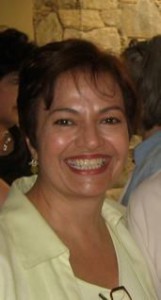 Iraida Manzanilla has been engaged with IAVE since 1996 and has served on the board of directors intermittently since 1998. She was elected as Latin America Regional Representative in 2014.

She is a founding member of the consulting firm Iniciativa Latinoamericana C.A., consulting in strategic planning, corporate social responsibility, volunteering for social development organizations and corporate volunteering. She also helped create and manage national and transnational organizations such as Sinergia and the Liga Iberoamericana de Organizaciones de la Sociedad Civil in Latin America.