To celebrate our 50th anniversary, we want to highlight the incredible work of 50 volunteers from around the world.

Every week up until the 26th IAVE World Volunteer Conference in Abu Dhabi, we will highlight an inspirational volunteer leader from our global network. The featured individuals have demonstrated a strong commitment to volunteering in their region and have used it to bring sustainable development to the communities they serve. These volunteers will be featured in our 50th Anniversary art installation at the 2020 World Volunteer Conference, and you may even see them onstage!

Have a person in mind that you would like us to feature? Email us at [email protected] with your recommendation! 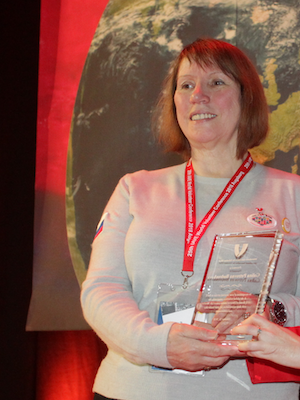 This week’s Volunteer from Around the World is…

Galina’s involvement in the volunteer community is a unique and expansive one, which dates back to more than 30 years ago. She first started volunteering in the late 1980s, when she, by chance, saw an ad at a bus stop. The poster invited people who cared to join together to solve some of the community’s most pressing problems. At that time, the word “volunteering” was not yet known in Russia. However, in the Russian culture, lending a hand to those in need was always second nature.

“I had a wonderful job, that I loved very much. But helping people, which I had already devoted all my free time to, completely captured me and took a more important place in my life,” Galina said. When people of the community she was volunteering in nominated her to be the People’s Deputy of Soviet Moscow, she made the choice to leave her job and devote all of herself to civil society.

In the early 1990s, when Russia began to face sharp declines in living conditions, people could no longer remain indifferent to the growing problems in their communities. Galina, with several of the other deputies, managed to mobilize more than 6,000 Muscovites to volunteer their time in distributing humanitarian aid received from abroad. This was the very first organized volunteering activity in Russia. In September 1991, as a result of this unprecedented event, Galina and her colleagues launched the Moscow Charity House – the first volunteer center in Russia. “Since then, volunteering as become an inextricable part of my life,” says Galina.

In July 1991, Galina and a small group of NGO leaders were invited to the United States to study the fundamental of volunteering. There she was first introduced to IAVE and Kenn Allen, who was IAVE’s Vice President at that time. Understanding Galina’s passion for volunteering and her accomplishments in Russia, Kenn wrote her a message that continues to inspire her to this day: “You, Galina, have a very clear vision and a very clear goal that you are striving for. I am ready to help you achieve this”.

On December 10, 1991, Galina formally became a member of IAVE. Since then, IAVE has played an integral role in Galina’s professional growth as a volunteer manager. Through cooperative work with IAVE, Galina has shaped the development of volunteering in Russia.

Today, volunteering in Russia is recognized at the highest state level. It is now considered a priority in state policies and millions of volunteers are involved in various fields throughout the country. Galina reflects, “30 years ago, my work to promote volunteering in Russia was met with misunderstanding and distrust from those in our country. However, thanks to IAVE, did not feel lonely. Feeling the support of IAVE’s international community inspired me”.


“It is a great honor for me to be a member of IAVE’s global volunteer family. Many people within our network are very dear to me. They are the volunteer leaders from around the world who throughout my professional career have shared their insight and wisdom with me so that I would be stronger and more confident in promoting and developing volunteering in my country.

I am grateful for everyone with whom I have been fortunate enough to work with, and IAVE as an organization for its fruitful 50 years of efforts in the name of developing volunteering at the global level. And today, with great gratitude, I express with confidence that together with IAVE, as the Leader of Global Volunteering, we will continue to work together to strengthen the culture of volunteering around the world, as a fundamental foundation of civil society.” 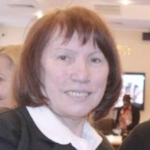 MEET THE OTHER 50 VOLUNTEERS

Click on the images below to learn more about each of the other 50 Volunteers from around the world! 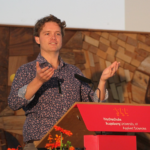 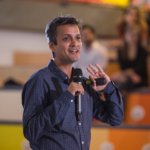