In this 4-part webinar series, we will explore the role of volunteers in social activism and the various ways they contribute to a more peaceful, equitable and sustainable society. The sessions will have a particular focus on the role of volunteers in dealing with the impact of and supporting the recovery from the COVID-19 pandemic. Each session will feature an overview on the topic and will highlight examples from practitioners on the field. The sessions will also include panel discussions and interactive Q&A.

In this session, we revisit the 2007/2008 paper Volunteerism and Social Activism: Pathways for participation in human development, co-produced by UNV, IAVE and CIVICUS. The paper still remains highly relevant as we consider volunteers as activists for social change – the formal and informal ways volunteers serve as activists for change has become ever more blurred during the pandemic. This webinar sets the scene for the series, picking up on the relationship between volunteering and activism. The session showcases how this relationship is important in today’s context and how it has been evidenced in dealing with the current pandemic. It includes a critique of the paper by an academic and three case studies that showcase volunteers as social activists.

Originally from the Philippines, Chris Millora is currently finishing his PhD with the UNESCO Chair in Adult Literacy and Learning for Social Transformation, University of East Anglia (UK). His doctoral research is an 11-month ethnography of the learning dimension of local volunteering by ‘vulnerable’ youths and adults in an HIV/AIDS awareness group and informal settlers’ movement in the Philippines. Chris recently worked with UN Volunteers developing a volunteer typology for the 21stcentury in preparation for the Global Technical Meeting 2020 on Reimagining Volunteering for the 2030 Agenda. Chris holds an MA in Lifelong Learning Policy and Management from UCL Institute of Education in London.

Experience is the best teacher. Being born to materially poor parents, and having been bred in a poverty-stricken neighborhood, ignited Samuel’s passion for helping the less fortunate in society. He founded and registered Mng’aro Mtaani, a Kenyan community-based organization (CBO), with the overarching purpose of partnering with well-wishers and volunteers to improve vulnerable community members’ lives and livelihoods. Previously, Samuel volunteered in several community projects fostering social, economic, and environmental agendas. He has also worked with various teams to sensitize and support communities during the COVID-19 pandemic. Samuel holds a diploma in mass communication and was the recipient of the Community-based Organization of the Year in 2018 and the Covid-19 Response Award during pandemic. He also received recognition as Star Person of the Year in. 2020 and has been recognized by Facebook as a Community Leader.

Hakan Karaman, a native of Turkey, was a chemistry teacher who taught in Turkey, Kasachstan, Nigeria and Ghana and eventually became a director of his school. He also holds a Master’s degree in Management. He asked for asylum in Germany because of the political situation in Turkey and was granted asylum as a refugee. He is now in training to be a railway engine driver as his degree as a teacher is not accepted in Germany. He volunteers at the Volunteer Center Augsburg in different integration projects. With a few of his friends, he co-founded an association called ‘IFFA-Initiative for Refugees, which aims to support refugees in the Augsburg region of Bavaria, Germany. 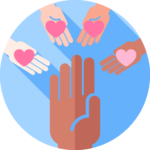 All around the world, civil society and volunteers took the lead in responding to pandemic. This session will highlight the quick response of volunteers to address the devastating impact of COVID-19, particularly some of what might be considered the ‘invisible’ impact of the pandemic such as increased vulnerability of individuals.

Ahmad is the Founding CEO of Naua (2016), a not for profit social impact platform that aims to promote a culture of giving and philanthropy (Naua.org) and volunteering (Nahno.org) by connecting civil society actors within a common framework for measuring impact. Previously, Ahmad served as the Director of Research and Policy at the Jordan Investment Commission (2010 – 2016) and was a part-time lecturer at the Business School of the University of Jordan (2009). Before that he was a Program Support Officer at Hydro One Networks, Canada (2007). Ahmad is also a founding member of the World Economic Forum’s Global Shapers Community in Amman (2011 – 2016) and was the first elected curator. Ahmad has an MBA (2009), BSc in Math (2006) and BA in Economics (2006) from McMaster University, Canada.

Emma joined Volunteering Matters in 2000 and specialized in engaging with and supporting young volunteers. In 2002 she moved to Volunteering Matters consultancy team, providing 1:1 consultancy delivering training in Volunteer Management to external organisations. Now, she is the Director of Delivery, as part of the charities executive team Emma is operational lead for the 80 plus projects and programmes that Volunteering Matters runs across the UK. She is also a trustee of a charity based in Brighton as well as being a Voluntary Sector Community Mentor and the Welfare Secretary for a community football club.

Wendy Osborne retired as Chief Executive of Volunteer Now in Northern Ireland in 2017. She has over 35 years experience of working in the field of volunteer support and development. She has provided leadership locally and nationally and has experience of influencing and developing national policies for volunteering at a Northern Ireland and UK level. She has recently been working as a senior consultant to IAVE on a range of projects including their global convenings, research and development work with national leadership for volunteering organizations. 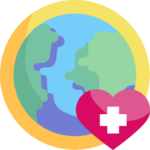 Volunteers Taking Action to Support the Recovery of COVID-19

This session will explore the role of volunteers in the pandemic recovery efforts. We will look at examples of how volunteers are helping communities build resilience during this unprecedented time which has resulted in a wide array of economic, social and health issues. The webinar will also highlight the important role that volunteers will play in the vaccination rollout efforts, working in partnership with government and healthcare providers to inoculate members our communities. 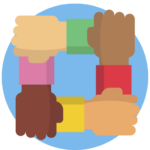 Volunteering for Social Change: The Importance of Partnership

We will explore the role of government, civil society, and the corporate sector in supporting and developing volunteerism. The session will showcase some effective examples of working partnerships and consider some strategic questions. During the pandemic did we see examples of creative and effective partnerships and will this impact volunteering as we move into the next decade? How can we enhance partnerships to support volunteering in helping to address the 2030 Agenda and deliver the Sustainable Development Goals?